The 2022 NFL draft has come and gone. The Indianapolis Colts have the majority of their roster set, but that won’t stop them from making some moves through the spring and summer.

Despite addressing both the wide receiver and left tackle positions during Day 2 of the draft, Jordan Dajani of CBS Sports suggested the Colts should sign some big names in free agency.

The first one came in the form of Julio Jones, who would be reunited with his former quarterback Matt Ryan.

It feels like we haven’t heard this name in a while, right? Jones caught just 31 passes for 434 yards and one touchdown in his lone season with the Tennessee Titans, and is now looking for a new team. With his former quarterback Matt Ryan now in Indy, this potential signing just makes sense.

Even after adding Alec Pierce to the wide receiver room, this move could still viable. The chemistry between Jones and Ryan is something that only comes from experience working together so if it’s a cheap, one-year deal, there is upside to the move.

The other move suggested wouldn’t make a ton of sense. Dajani suggests the Colts should go after veteran left tackle Duane Brown.

Brown is a tricky one, as he’s a solid veteran left tackle who likely won’t play for pennies. Indy is a potential landing spot, but it’s also possible the Colts move forward with what they have. Matt Pryor should get the first chance to prove his worth as a starting left tackle, and then the Colts also drafted Bernhard Raimann. Maybe Chris Ballard changes his mind about the direction at left tackle in the preseason.

While Brown is a solid veteran left tackle, the Colts aren’t likely to be interested. They are giving Matt Pryor the first shot at winning the starting role on the blindside while third-round pick Bernhard Raimann also is competing for the job.

Competition is great, and it typically brings out the best in players. But signing Brown would give the Colts almost too much of a clog at the position. The only way it might work would be forcing Raimann into a redshirt rookie season while moving Pryor back to the interior for depth purposes.

In theory, that might not be a bad idea. But Raimann is already an older prospect who will turn 25 at the beginning of the season, which isn’t a massive deal but if you’re forcing him into a redshirt rookie season, then he’s 26 in his first year as a starter. And if Raimann starts over Brown, then what was the point of signing him.

All of that is to say that while Brown is a solid left tackle, the money spent could be used elsewhere given that the combination of Raimann and Pryor could get the job done at left tackle.

It’s likely the Colts make a move or two in free agency, but I wouldn’t expect them to splurge on a big name just to do so.

What are the Colts’ remaining needs post NFL draft? 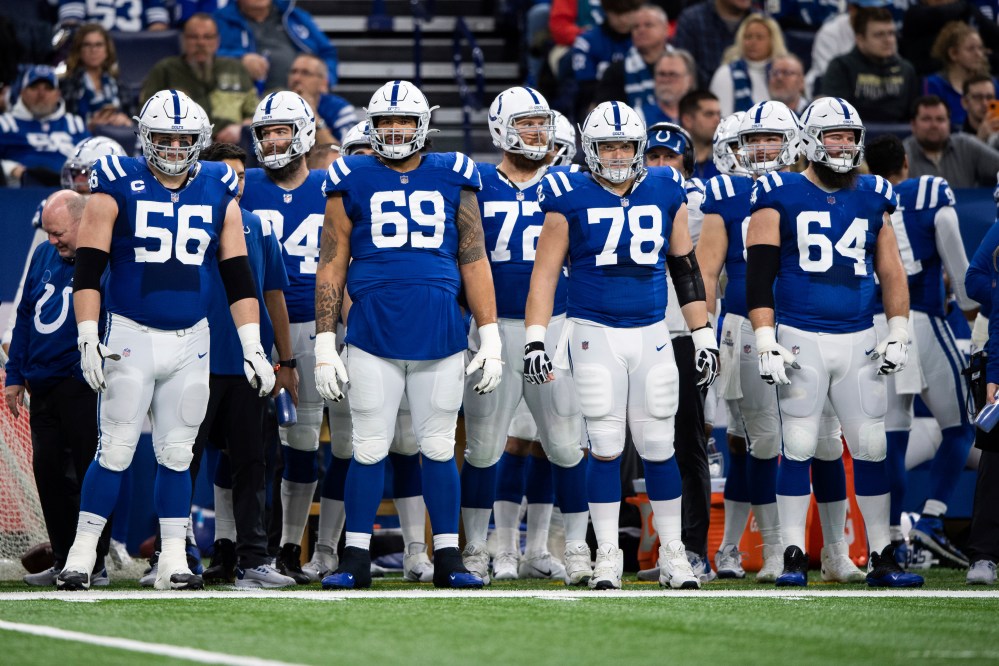