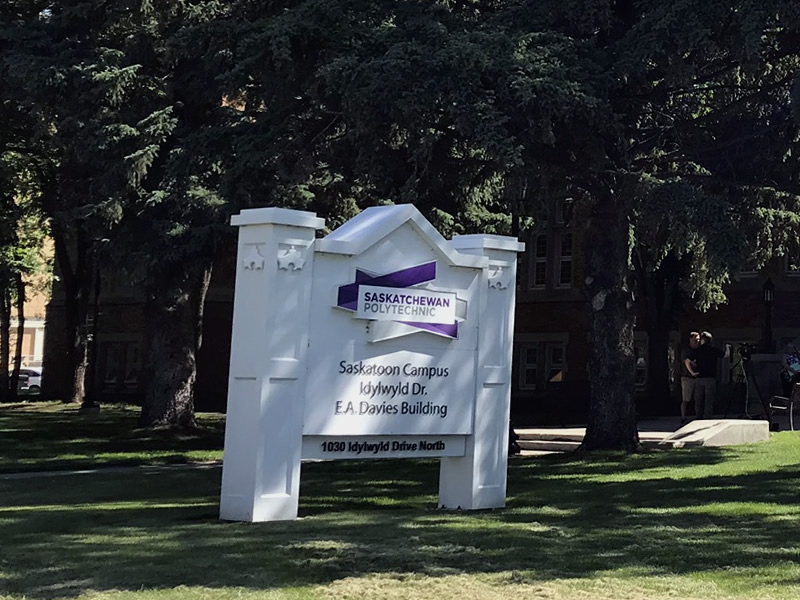 Saskatchewan Polytechnic’s Digital Integration Centre of Excellence is in the midst of two research projects.

One that dives into creating and supporting infrastructure for autonomous equipment and the other is a partnership with SAIT and project lead Mohawk College out of Hamilton that looks at remote sensing using remotely piloted aerial systems, rovers and unmanned boats to monitor and inspect critical infrastructure systems.

Dr. Terry Packham is SaskPolytech’s DICE director. He says both projects have been recently awarded over a million dollars by the Natural Sciences and Engineering Research Council College and Community Innovation program.

“For example, in the open pit mine, you have access to GPS but in order to drive the trucks on the roads autonomously, they need to have extra sensors set up to create more accurate positioning available for the trucks. So that’s an example of where you need supporting infrastructure to actually help.”

Peckham says that particular problem has been solved already, but there are a lot of environments where that problem hasn’t been solved whether it be on remote farms or underground in the mine, those are areas where extra help can be used.

A grant of $652 thousand dollars has been awarded to SaskPolytech, SAIT and project lead Mohawk College for a remote sensing project using remotely piloted aerial systems, rovers and unmanned boats to monitor and inspect critical infrastructure.

Peckham says the infrastructure can be anything from energy systems, to agricultural and manufacturing systems.

“B.C. highlighted what happens to infrastructure when you have a whole bunch of water recently and those are types of infrastructures we’re looking at being able to monitor and what types of systems can we build that can help companies, again cause our same thing is working with multiple companies, how do we develop various tools and techniques that can help them with that.”

Dr. Peckham says the team is using different sensor systems in their research and there is some crossover with the other project.

The DICE team has worked with BHP Billiton, Cameco and Nutrien among other companies so far in their research.